Ever wanted to be able to use common UI elements such as text input, checkboxes, radio buttons, dialog boxes or even tab groups in GameMaker? Look no further!

Over the last year and a half I've been working on a GUI system for GameMaker, and now that 2.3 is out I decided to jump on the opportunity to clean up the code and make it properly object-oriented. It's primarily aimed at people looking to make software applications other than games - see the screenshots - but you can use it for whatever you want.

Look inside the demo project or see the online Github wiki for documentation.

This requires GameMaker Studio 2.3 in order to work. It relies heavily on the new language features.

As usual, the asset is free as-is. I'll fix simple or game-breaking bugs but more involved support requires payment via either Itch or Patreon.  I get the final say in what constitutes "game-breaking."

This time around the code is just plain what you download, but if you want to look through the repository it can be found here.

I have been searching for some ready interface for some time now. (Since 2.3) It will help me a lot with making small tools. Thanks You have also been rewarded monitarily as I know how much time this stuff costs.

Thanks! Hope it works out for you! 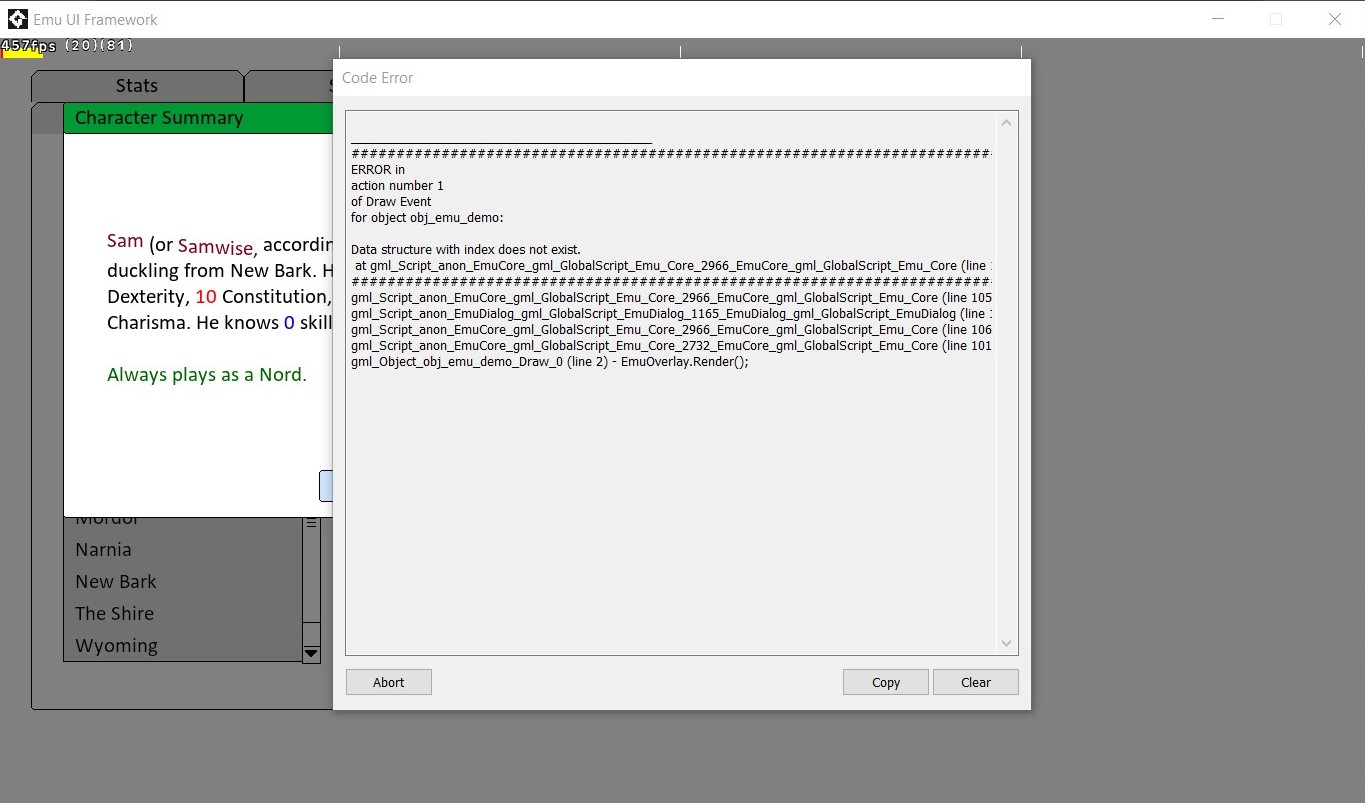 Should be fixed now, check the update I just posted.

great job ~ thanks your help , and than YYC can not show everything ?

Hey man, just letting you know I picked this up and gave a donation for you. Much appreciate this asset. I have a lot of programming experience but new to game dev, that's why I started with gamemaker. But quickly came to long for a way to implement OOP. Structs are close enough!

Still wary about callback functions, though. Most of my xp is web dev, and I love Javascript, but I'm wary about doing it with structs atm. *Shrug*. Keep up the great work!

Btw, you have a bug in the dialog buttons in the demo. Needs header_width in EmuDialog. Also, first thing I did was invert the colors as I prefer dark modes, and your list selection is hardcode to c_black in EmuList. I just added another macro for it in emu_init.

Hmm, good idea. I’ve cleaned up the hard-coded color values (plus some other things) to hopefully make applying a dark theme easier - although it sounds like you’ve already made the required changes yourself. There’s also a set of example colors that one might use for a dark mode now, and if you want to make dark mode toggle-able instead you can have the macros point to a global settings variable or something instead.

I like callback design for UI things overall, but the main drawback (that I’ve encountered so far) is that too many of them can have a small bit of performance overhead - which is usually tolerable for a user interface with a few dozen elements, but can start to add up if you have five thousand game objects trying to run at 60 frames per second.

Thanks for the quick reply! If you don't mind, I have another question for you.

The UI options are awesome, and I know I'll eventually use them, but my first use-case is really just organizing debugging output. I have on-screen debugging for alot of things, just simple draw_text calls in the location where the equivalent debug object is positioned in the room. State variables is one of these. As you can guess, I quickly had 10+ state debugging objects everywhere. So I want use EmuUI tabs and tab groups to organize them, so I can have all states in one window and switch between the ones I'm debugging. Just tabs in a tab group with ALOT of EmuText in each tab getting destroyed/recreated every frame. As you might imagine, this absolutely tanked performance, though I didn't realize how much it would. My test case had 10 tabs, with a dozen or so EmuText lines. I would love any suggestions as to how to do this better. I have the same debugging data being output before, so it's not the computation of the data, it has to be the constant deletion/creation of so many structs constantly. It quickly goes from 400fps to 60 and then drops slowly after that.

But I'm unsure I'm even clearing the content correctly, as a call to Destroy() on the tabs seemed to cause a crash. RemoveContent() seems based on having the struct ids, so I added a RemoveAllContent that just cleared the contents ds_list.

But besides that, one issue I did notice, which is compounded in my project, is there seems to be a small memory leak. I tested with the demo project, adding a frame counter in the create event and then incrementing and setting that to the summary. Here's a link to get the modified obj_emu_demo

It's small, but you can notice the mem usage just climb over time, which it doesn't do in the base demo. If you look at the code, though, I'm just removing content (via the variable itself), re-creating, and re-adding. As far as I can tell I'm doing everything I should be doing. I'd much appreciate your insight!

If you want to switch between sets of UI elements (as opposed to creating and destroying them) the fastest way to do that is to probably create them all at the beginning of the game - or as needed - and then saving them somewhere without drawing them. You can also recycle elements by changing some of the variables: the “text” variable, for example, more or less does what you expect it to and is generally safe to change at any point in the code.

Regarding the memory leak, it turns out the list of contents attached to each struct wasn’t actually getting deleted (only cleared) in the Destroy() method, which is probably the cause of what you saw - it would only have been leaking a few bytes per element, but if you created and removed a lot of them it would start to add up over time.

I’m not noticing anything immediately unusual about RemoveContent() that would cause a crash, so later on I’ll poke around and see if I can find it. The only thing in your example file is the obj_emu_demo object, by the way.

Once I’ve done that I’ll post an update. I also kinda want to get rid of as many ds_lists as possible, in favor of things like arrays, since currently losing references to elements in other ways without calling the Destroy method will also cause a memory leak. In the meantime - if you haven’t already - add ds_list_destroy(contents); to the destroyContent() method in EmuCore.

Sorry for the confusion. I attached only the obj_emu_demo object because it's the only thing I changed from the base demo. I thought having that as the only file would make that clear but re-thinking that logic makes no sense. So yeah, use that obj instead and it should produce the leak.

Yeah I eventually found the text var and just tried updating that directly, but I'm still getting this weird mem leak that makes no sense. Here's another version where I'm updating the text var directly:

(It's only the 1 obj since we've established that's all I changed ;)
I'm just incrementing timers... it's weird. It's only when the summary tab is in focus does the memory just steadily climb.
Maybe you've fixed it in your newer version, though. I haven't had a chance to update anything based on your post. But I'd still be curious for you to check it out. Just for my sanity.

Hello, sorry for the delay, Ludum Dare ate up a lot of time.

Anyway - I loaded in the example demo (both versions of it) and let it run for a few minutes and memory usage stayed at a constant 11.58 mb. Hopefully the leak’s gone, but if it comes back send me the whole project and I’ll look around in it.

Also, 2.3.1 came out in beta this morning, which addresses some issues with the garbage collector - although I doubt that’s what was causing your problem.

This is amazing!! Thank you so much for putting this online!
I was wondering if there's a way to also add text to an 'EmuButtonImage' element? I'd like to show a name on the bottom of the button.
Thanks again!

Usually when I need to do this I just overlay a regular Text element on top of it - but that’s a good idea, I’ll make sure to add this in next time I work on this!

Ah that's a good tip, and awesome! Thanks again!

What are you trying to do 23.1.1.146 has some issues with function callbacks. I’m waiting to see if the next update fixes it, otherwise I’ll work out an alternate way to do it: https://dragonite.itch.io/emu-ui-for-gamemaker/devlog/155555/gms23-is-now-in-open-beta

Too bad I'm still stuck with GMS 1.4, this looks super cool and I was looking for something exactly like this. Love your projects. 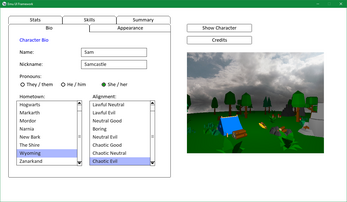 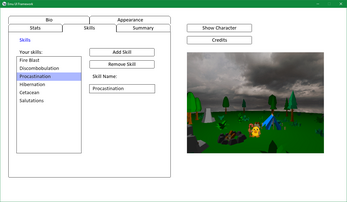 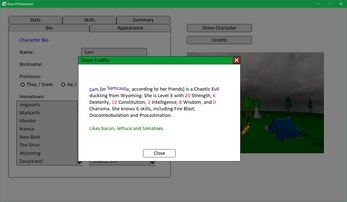 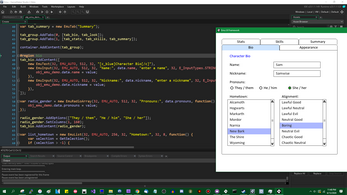 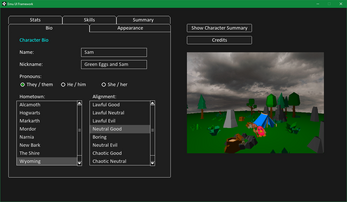