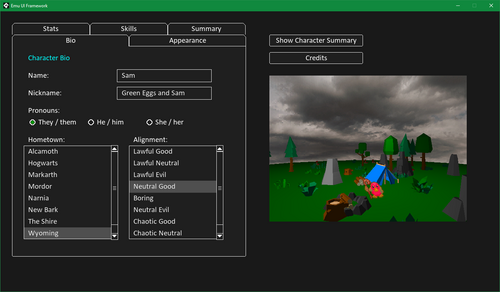 Before this point the way colors were dealt with in Emu was kind of a mess, with some UI elements having color properties which defaulted to the color macros, and others just using the color macros directly. This makes it kind of hard to customize, so I’ve gone through the code and assigned all color values to struct properties. Same goes for sprites used in the UI.

In case anyone likes dark themes (which people tend to do), I’ve also put together a list of suggested color values for a dark theme. See the attached screenshot.

One Sam pun has had its spelling corrected; two new ones have been added.

Get Emu - UI for GameMaker