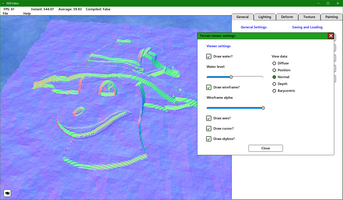 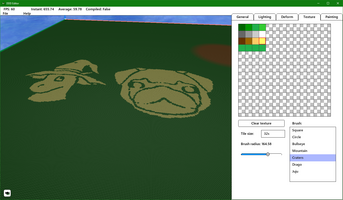 I’ve made a bunch of improvements and additions since the first beta. Hopefully the next time I post an update it’ll be the actual release. Let me know what you think of it. Hopefully at this point it can be potentially useful for real-world use cases, possibly even outside of GameMaker.

Some of the more minor things from the last dev log are still outstanding. Notably:

The final version might be out in about two weeks? Depends on how busy I am. Definitely by March.

A 3D terrain editor for GameMaker - and, hopefully, other purposes too!