Beta for a major update 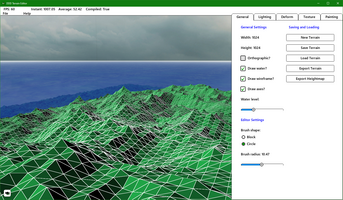 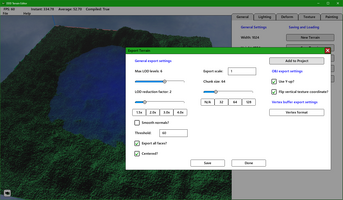 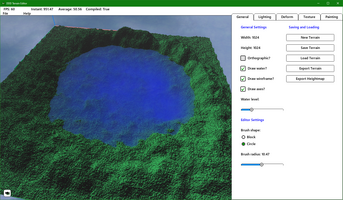 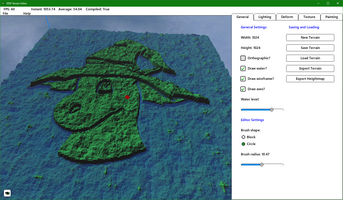 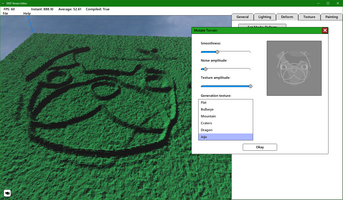 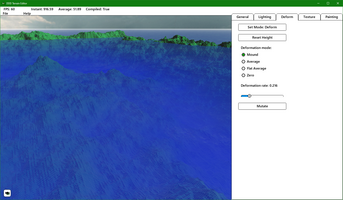 Hello, it’s been a little while.

This is the beta for a major update for this here terrain editor. I’ve spent a lot of time on this in the last week or so, and I think it’s finally in a presentable state now (read: I haven’t been able to make it crash in like half a day).

I’m obviously still working on it, but I’m interested in seeing what people make of it, especially for anyone who used the old versions.

Here’s a list of change and additions from the last version. Items marked with an * are still a work in progress:

You probably want to know about some of the things that are incomplete, or some of the features from the last version that are (currently) not available in the beta.

I’ve finally made the conversion to a 64-bit runtime, meaning that, among other things, the program can now use more than about 3.5 GB of RAM. I don’t actually recommend trying to edit a 2048x2048 terrain because you’ll quickly find your CPU in tears, but if you have a vendetta against silicon or something you can… probably… do it without literally crashing your computer.

On that note, I have zero idea what’ll happen if you try to run this on a computer with an integrated GPU.

The Perlin noise generator is another little utility I wrote, which goes by the name of Macaw.

For my own purposes, I’ve actually started bridging this and Penguin, my generic 3D model tool (they’re part of the same GameMaker project anyway). I’m not sure how useful this would be to anyone besides me. I’m considering officially merging the two on the public Itch releases eventually, but that probably won’t be for a while. If you would find such a thing useful, let me know. Speaking of which, Penguin is probably also going to see a significant update soon, featuring similar performance changes to this.

I guess while I’m on the topic of shilling my own work, the UI is Emu.

Yes, this is still being done in GameMaker.

I’ve probably found and dealt with some of the more common issues, but if an error message ever shows up let me know what it says and how you did it. (Screenshots and video help.)

There are some times when the program may hang for a few seconds (especially when doing operations on large terrains, such as normal smoothing), but as long as it doesn’t crash outright things should be okay.

A 3D terrain editor for GameMaker - and, hopefully, other purposes too!